GAPIA is the Georgia Association of Public Insurance Adjusters. It is comprised of Public Insurance Adjusters, operating under the laws of the State of Georgia who are licensed to protect the interests of Georgia home and business owners who have incurred insured property losses.  GAPIA is dedicated to nurturing the relationship between the Public Adjuster and Policyholder by promoting a high standard of professional conduct and ethics through quality education.
Public Insurance Adjusters work on behalf of the policyholder to ensure that their rights are protected and that they receive full and fair compensation from their insurance carriers in the case of an insured loss.
Typical Claims Handled by GAPIA Public Adjusters 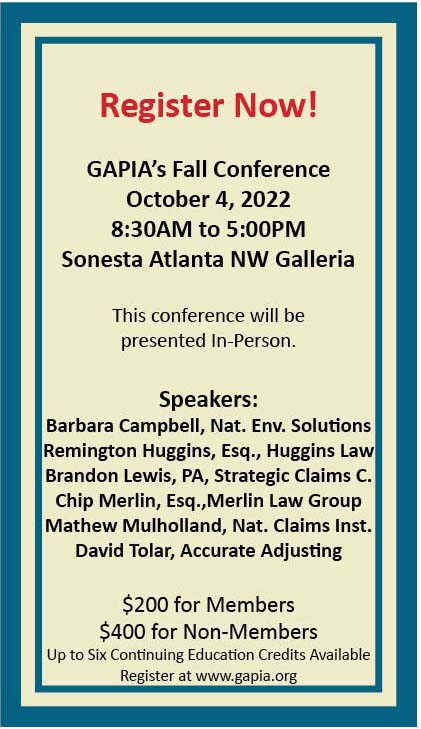